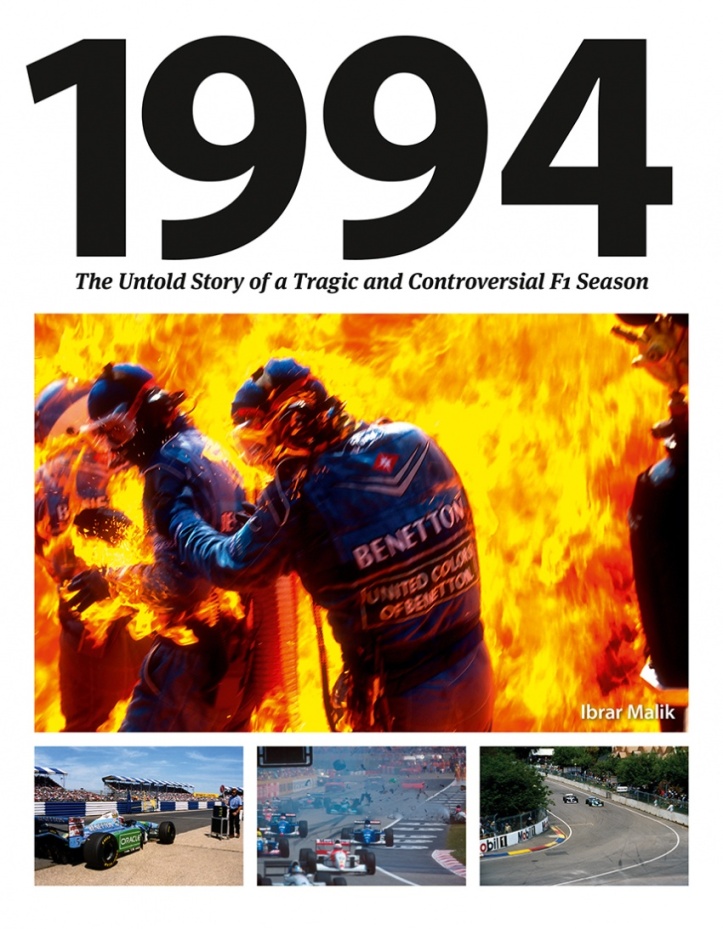 Within the history of Formula One motor racing, the year 1994 will go down as being one of the most extreme, with tragedy, skulduggery, rumours, accusations, collusions, and alleged cheating – some of it played out in public, and so much more behind closed garage doors, scrutineering bays and FIA offices in Paris.

This book attempts to undercover all of these, and then rationally debate whether they are valid statements, or just people who were playing the psychology game in order to win the biggest title in motorsport.

The book has been a labour of love for its author, Ibrar Malik. A first time author and passionate formula one fan, he has not only has immersed himself with items that have long been in the public domain, but has then been able to talk to a significant number of important persons involved in the leading teams to attempt to prove or deny any of these accusations. In doing so, he has also brought to light items that the general public would not have been aware of previously – a very impressive number in fact. And while many of these subjects are of a very technical nature, the text is sympathetic to readers who are of a less technical or mechanical upbringing, making it easier to grasp what was really going on.

It’s fair to say no-one comes out of this smelling of roses, with drivers, teams, and the governing body all under scrutiny for their parts in the story. Did the officials side with Williams to attempt to manipulate the drivers and team champions? Did Benetton deserve to have their car investigated and the team punished more than any other? Was Damon Hill the angel against the villainous character portrayed as Michael Schumacher? Why didn’t Ferrari receive a sanction when their ‘plank’ showed excessive wear? And what did cause the pitlane fire in Germany? So many questions, and so much detail discussed here.

Naturally, the events of Imola are covered within the book, but not to the point of this individual race being the main feature. Other books written specifically about the deaths of Ayrton Senna and Roland Ratzenberger cover this in much more detail, but that does not detract from the purpose of the book.

This is definitely a book that looks back at the events of twenty five years ago without the use of rose coloured glasses, but instead uses a magnifying glass to uncover the truth and attempts to put everything into proper perspective. A daunting subject to cover for the author’s first book, but a book that reflects his passion to find out the truth of the matter, as any self respecting investigative journalist would want to do. I look forward to seeing what subject he chooses to cover for his next book.

My thanks to Performance Publishing (www.performancepublishing.co.uk) for the review copy.